Today, twenty years ago a big massacre took place on the Tiananmen place in Beijing to suppress a student riot which was held against corruption in China and for more democratic rights. 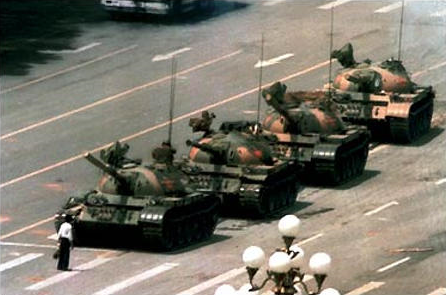 The way the chinese government deals with this special day is that since more than a week they block internet communication like blogs, Twitter, YouTube or even Flickr. I believe that if they could, they would erase this date from the calendar. In many countries you can find articles in the newspapers in memory of this day. I the chinese news like CCTV or Xinhua … not a single word.

Even though I think that many of the chinese politicians nowadays think by themselves that the reaction of the government has been too extreme and the massacre should have been avoided, the chinese government has that much fear that things might run out of control that they block everything, from dissidents who have to stay in their homes to the place and the streets around it and finally the internet where we could discuss this event.

I think, at least they should stop to deny Chinas past in the fear that they might loose their faces or that things are leaping out of control.

One reply on “How China clears his past”

Chinese government is not good at admitting mistakes, but it’s excellent in covering up scandals.